Peter the Great on building of the fleet

The installation was developed by Triaxes for the exposition of the Historical and Cultural Center “Ship Resurrection” in the Friedrichsburg Gate, the object of the Museum of the World Ocean, Kaliningrad (Fig. 1).

Figure 1 Friedrichsburg Fortress was founded in 1657. In 1697, Peter the Great visited the fortress where he studied bombardment.

The concept of the installation: in the room of one of the fortress towers, an image of the young Peter the Great should appear, which tells about the building of the Russian fleet.

The image display is implemented using reverse projection technology. In this installation, it is required that, in the absence of a projection, viewers can see the objects of the exposition — the ship model and the ship’s bell placed in the tower. At the same time, when Peter the Great  appears in the frame, the image should be clear and not overlap with other objects. To fulfill these conditions, a variable transparency screen with electronic control was made. In the absence of Peter the Great in the frame, the screen becomes transparent and objects inside the tower are visible through it. Only the countdown timer to the video is shown on the screen at this time: the numbers seem to float in the air. When Peter the Great enters the frame, the screen automatically becomes opaque, this ensures a clear image of the projection. When Peter finishes his speech and leaves, the screen becomes transparent again (Fig. 2). 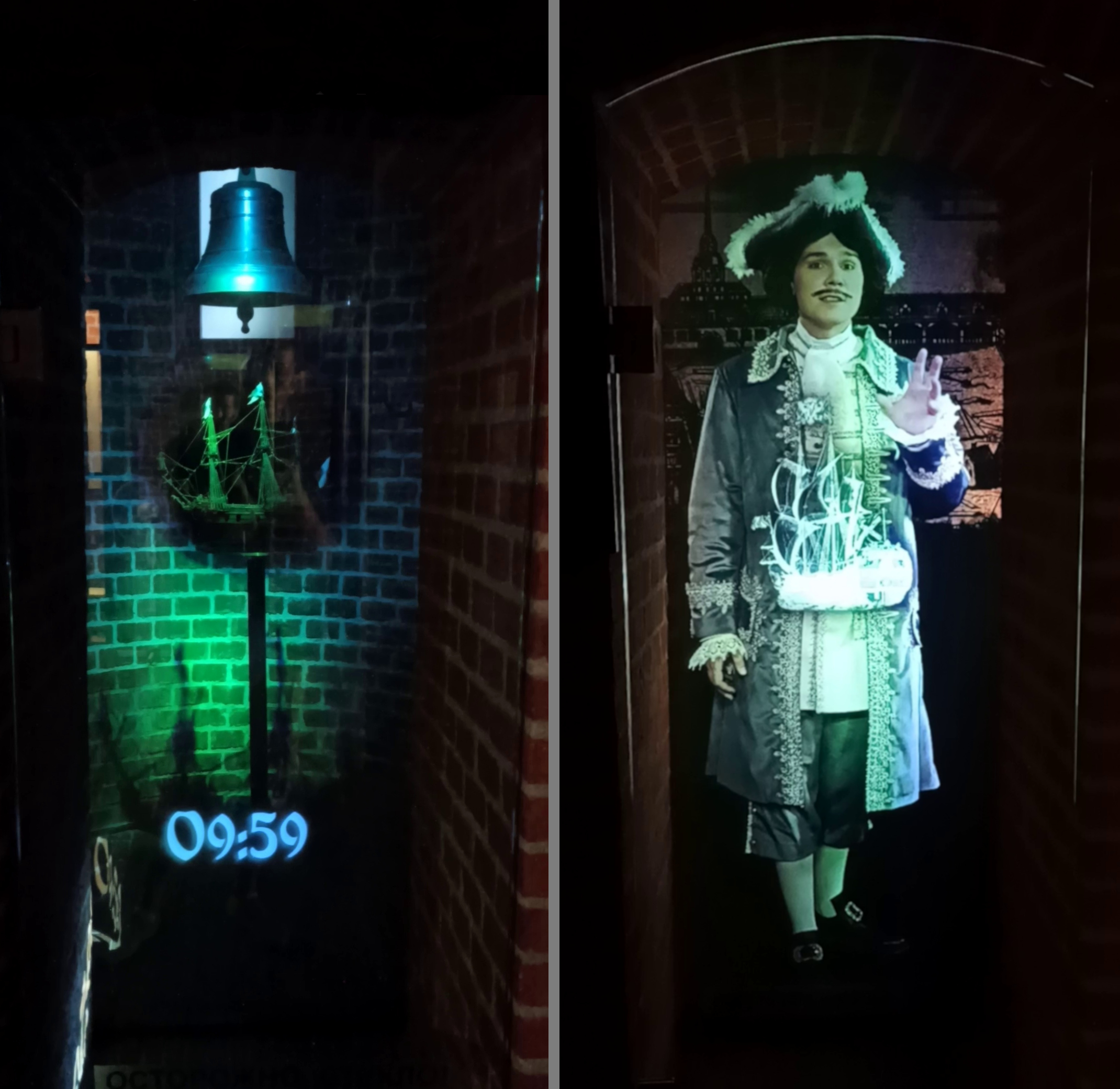 Figure 2 Two modes of the screen

To create the image of Peter the Great, the actor was filmed in the studio (Fig. 3). Then the necessary design elements were added to the video using computer graphics.

The text of Peter the Great’s speech — Larisa Leonidovna Emelyanova, Senior Researcher at the Museum of the World Ocean, Candidate of Geographical Sciences (Kaliningrad).

The performance of the role of Peter the Great — Actor Igor Negodyaev.

Selection and equipment configuration: employees of the IT department of the Museum of the World Ocean. 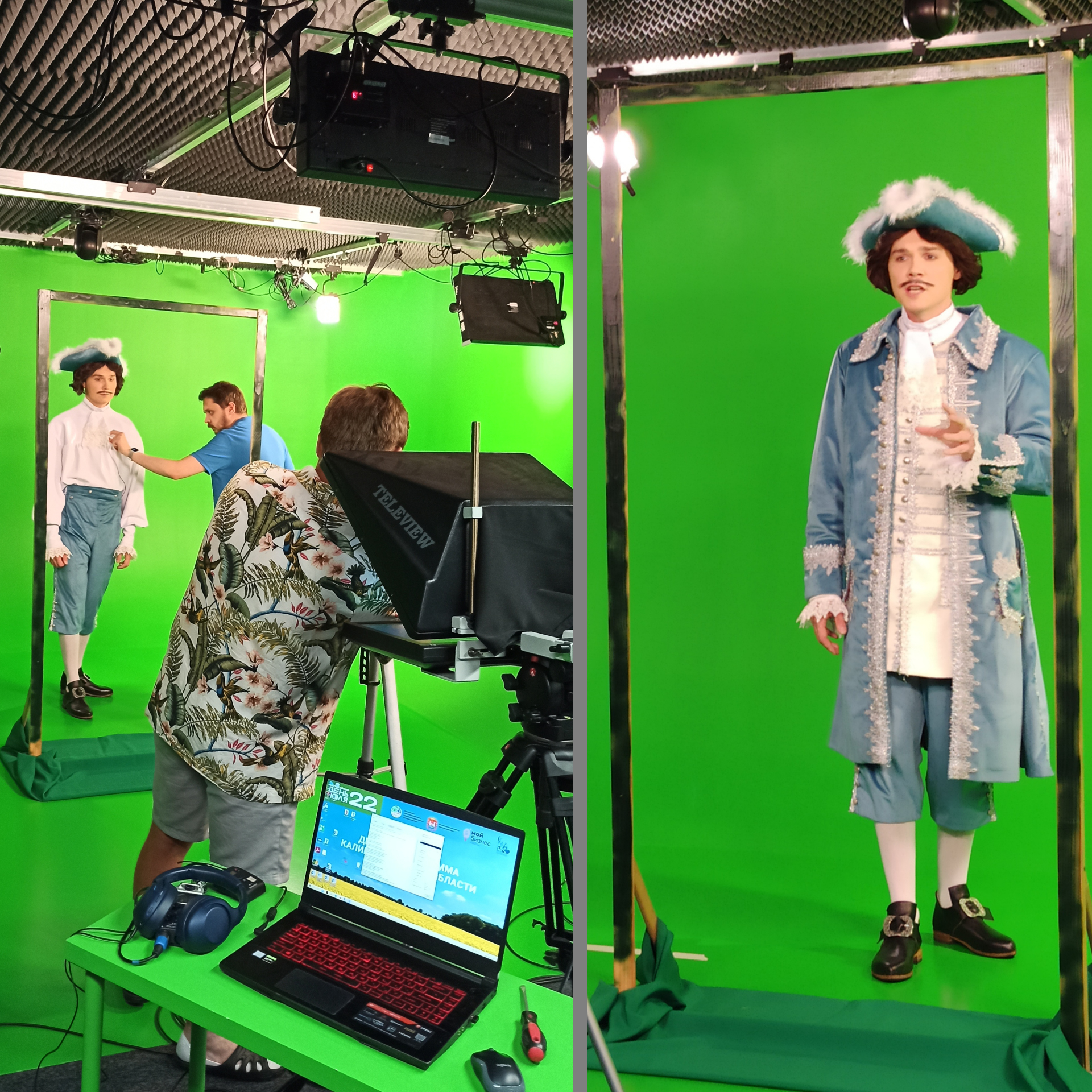 Figure 3 Shooting the actor in the studio

Video overview of the installation: