On May, 21 in the framework of the Straight-through technologies club on AR/VR at the Cifrovaya Ekonomika (“Digital economy”) NPO representatives of technological companies and scientific communities discussed the strategy of the technological breakthrough in the sphere of holographic TV. The heads of 2 laboratories of IKBFU took place in the event and demonstrated the results of their experiments in this field.

Participants of the meeting consolidated information about Russian and international technological projects on holographic TV development that would be ultra-sharp, dimensional. multi-view and suitable for the natural physiology of the human vision to the extent possible.

At the beginning of the discussion Yuriy Gusakov (television director, stereographer, and the CEO of the Revolution 3D company) noted that digital TV standards have geopolitical importance. The reports by IKBFU specialists focused on technological essentials of the global project. The head of the Coherent optical systems lab at IKBFU, Igor Alekseenko, introduced the modern state of the holographic technologies: registration and reproduction of the interference image, liquid crystal modulators of the optical radiation, lasers and detectors, – and also told about significant experiments in the field of holography in the world, including IKBFU, Kaliningrad. 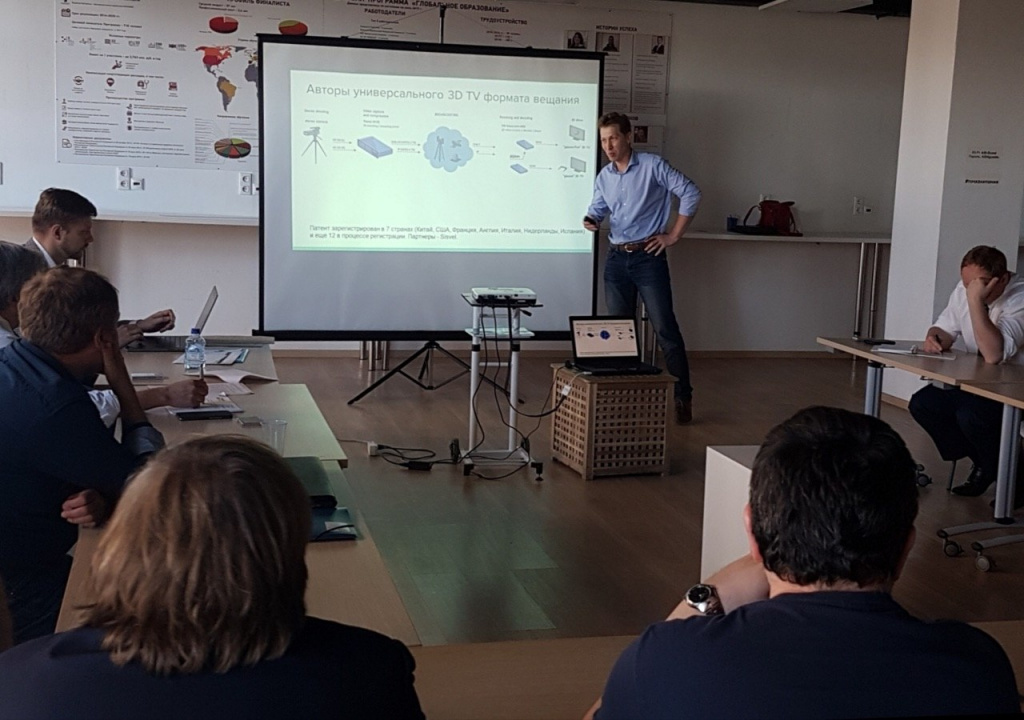 The participants were especially interested in the account of experiments in digital video image recording and restoration held in IKBFU.

“When preparing two dissertation projects university students, Tatiana Karpenya and Dmitry Kiselev, recorded and restored a series of 50 digital holograms of the silver pendant in the form of a dragon, which showed the 360-degree turn of the object. Even though, the final image doesn’t have high definition, this experiment shows basic opportunities of TV image generation based on the holographic approach”, – Alexey Polyakov says.

We are going to continue working in the following directions: holographic data compression, increasing the quality of mathematical reconstruction, demonstration of the restored images in the 3D format. 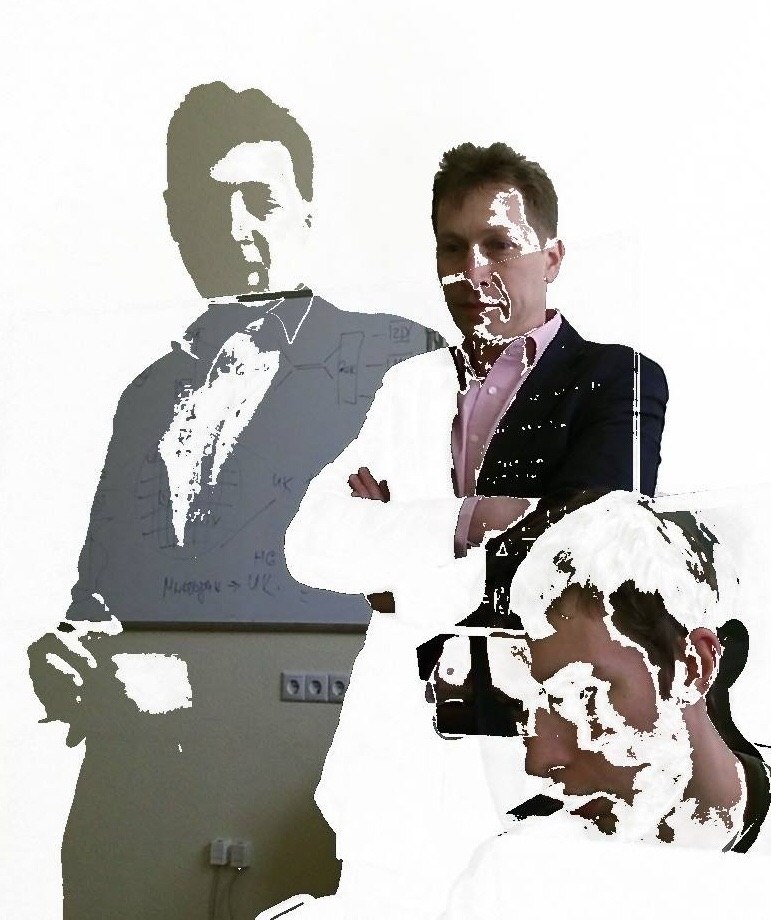 “Further development of this topic will allow demonstrating the holographic image in 3D without the use of special 3D glasses. Many countries actively search for new demonstration means and formats. For example, not so long ago, professor Micuteru Inoue from Toyohashi Technological University visited IKBFU with his lecture on the topic. Right now the Association of Holographic Technologies and TV of the Future is being created in Moscow, which is going to be a consortium of universities and technological companies working in this field.The work performed at IKBFU laboratories allows our university to play an important role in leading Russian and international projects”.

Marking the end, the Deputy Director General on scientific work in CJSC MNITI, Ph.D., Konstantin Bystrushkin, told about international collaboration perspectives in the sphere of holography.